While the pannier is currently on ice until I've decided if I like the size (and until the more pressing projects are done, to be honest), I've got some photos to share.

First there was a Venetian carnevale style masked ball for which I threw together a "Victorian Vampire" costume out of my normal & costume closets and made a mask. It's great fun to dance the waltz in a bustle! 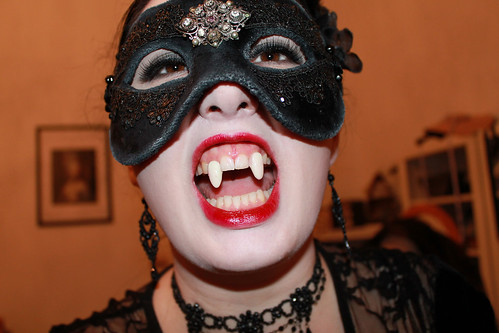 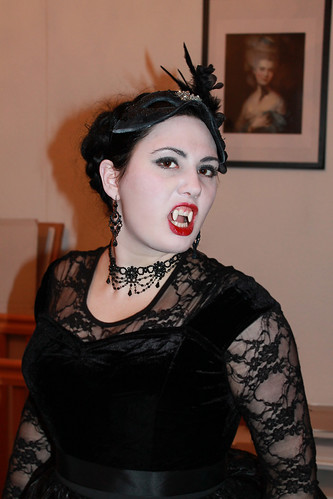 Then some friends and I went to a ren faire/ medieval market thing and I made some changes to the green houppelande. I had been given an old fur stole by someone from my historical dance troupe, so now the trim is a dark brown. I also wanted a "brode harnysed girdille" and because my friends ran late, I made one out of scraps. Eventually, I want to exchange it for a tablet woven silk one, but I'd need to learn tablet weaving first...
(There aren't many photos of me, so this is rather bad - sorry) 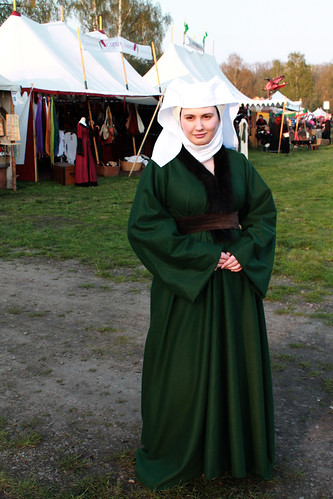 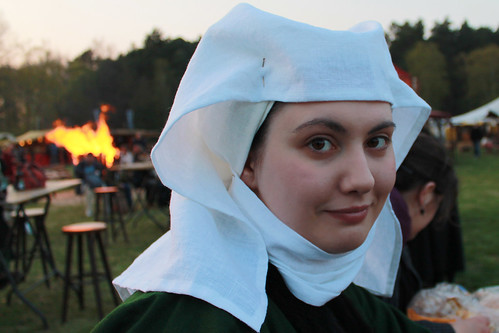 The veil is a take on a painting by Rogier van der Weyden and I was quite happy when a lady walked up to me and told me she thought it was great.

I was wonderfully warm thanks to the woolen dress, hose, and my new pattens (of which I forgot to take a picture) - that made my boyfriend quite happy, because it meant he could steal my cloak. Now he's finally convinced I was right when I told him he needed pattens, too. This is him, with his chaperon that didn't like the wind: 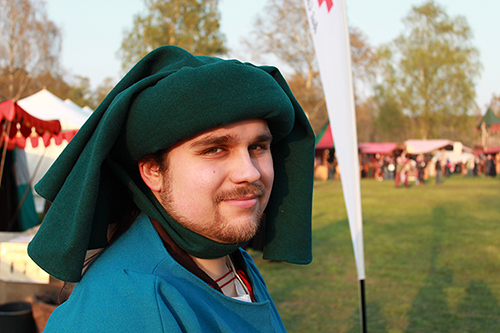